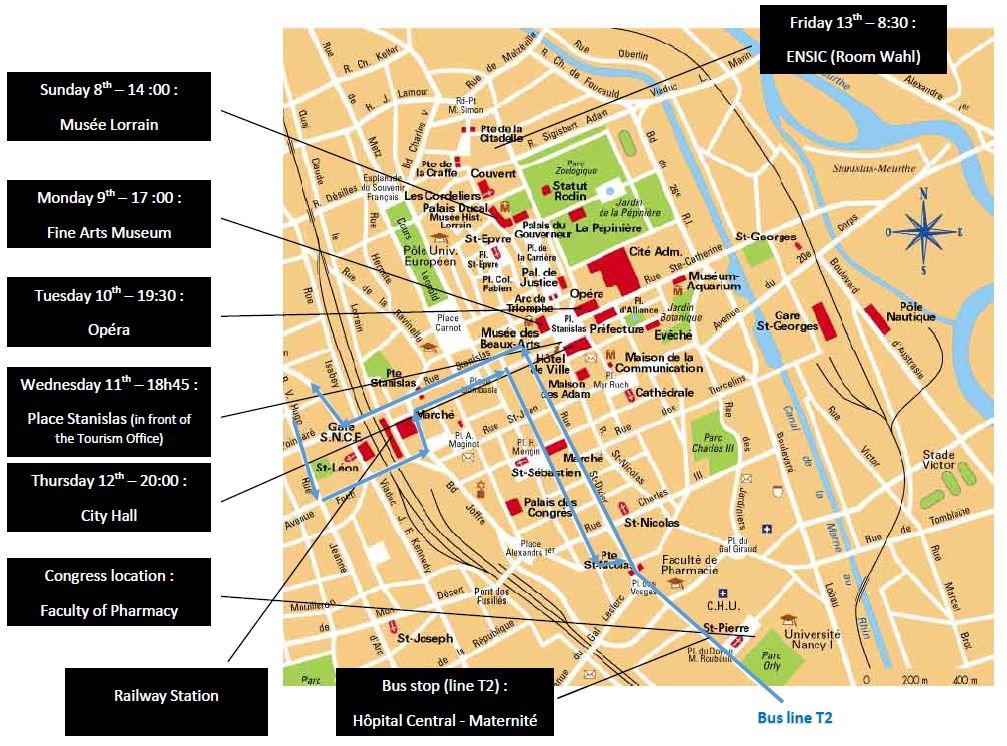 08 May 2016: Welcome Reception at the Musée Lorrain

The Palace of the Dukes of Lorraine (also named Musée Lorrain) is located in the heart of the Old City of Nancy, just steps from the Place Stanislas, recognized World Heritage Site by UNESCO.
It consists of three sets with remarkable architecture.

The palace of the Dukes of Lorraine
Built from the late fifteenth century, the palace is an important symbol of power of the dukes of Lorraine. Its gatehouse, hall of honor on the High Street, is one of the first witnesses of the art of the Renaissance in the East of France. The Galerie des Cerfs, large ceremonial hall, is the only princely gallery of that time to have retained its original dimensions. The palace was heavily redesigned after a fire in 1871 .

The Gouvernement Palace
Built between 1751 and 1753 by Emmanuel Héré the Government Palace is the architectural counterpart to the City Hall it faces. During the reign of Stanislas, king of Poland and father in law of Louis XV, it was the residence of the representative of France in Lorraine. This building symbolizes the coming of the kingdom of Lorraine in France . If he has retained a role of military residence until 2010, the Government Palace today depends on the Musée Lorrain
Included in participant registration fees – 30,00 euros including taxes for accompanying person 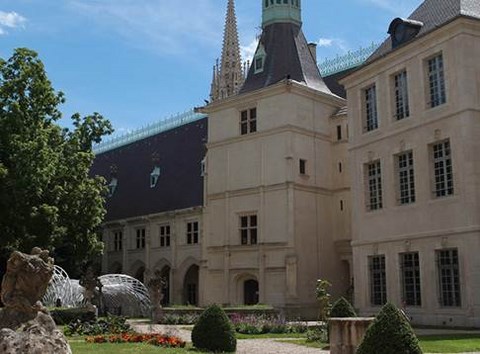 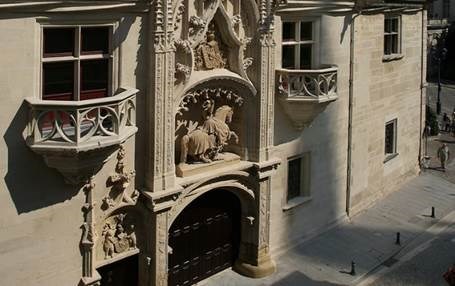 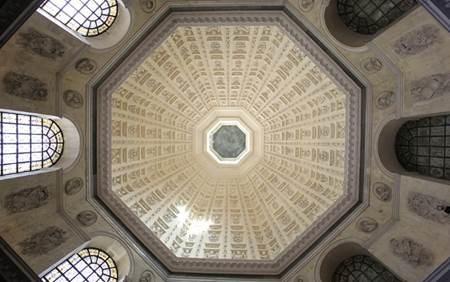 Visit of the Museum & Cocktail

The Museum of Fine Arts of Nancy is located on the Place Stanislas World Heritage of Humanity by Unesco. Since its creation in 1793, it has continued to expand and now offers courses in the heart of artistic creation in Europe of the late fourteenth century to today .

The reception of the museum is housed in a pavilion of the eighteenth century belonging to the exceptional architecture designed in 1755 by architect Emmanuel Héré . Entering this building completely restored, the visitor discovers the quality of the peristyle with colored stucco and the staircase, sumptuous example of domestic architecture of the eighteenth century, decorated with ironwork by Jean Lamour (where the cocktail will be served).

This area provides access to the library and opens on the ground floor of a first expansion achieved in 1936 by Jacques and Michel André, son of Emile André , famous architect of the School of Nancy.

In 1999, a new extension has allowed the museum to double its surface and to equip new spaces : an auditorium (where the keynote will take place), temporary exhibition rooms, a graphic arts firm, a documentation center, a workshop for children. This realization was entrusted to Laurent Beaudouin, who with his team has been able to enter the museum in a contemporary architecture while respecting the exceptional site of the Place Stanislas .

In 2011, major work on lighting and accessibility for all were directed by the architect Luca Lotti. They allowed the establishment of a new museum tour including a room devoted to the work of Jean Prouvé, from Nancy.

In the basement, the remains of the fortifications of the city ( 15th to 17th century ), immerse the visitor into the heart of the history of the former Duchy of Lorraine and shelter in a spectacular scenography, the illustrious collection of Daum glassware . 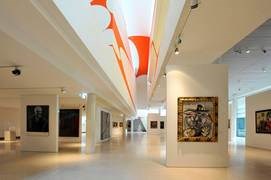 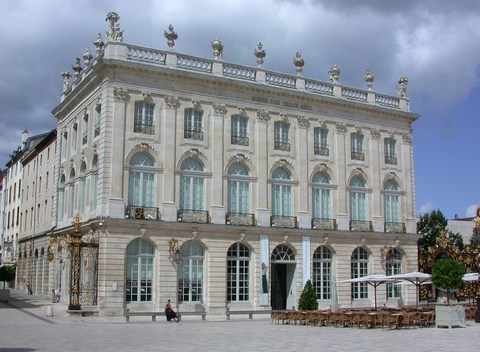 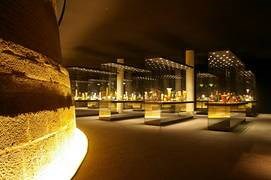 The Opera is part of Place Stanislas and the Lorraine heritage, as historical monument in 1923, it is registered with the entire site world heritage of humanity by UNESCO since 1983.

« Les Pêcheurs de perles », is an opera in three acts by Georges Bizet with libretto by Eugène Cormon and Michel Carré, created September 30th 1863 at the Théâtre -Lyrique (18 performances ). It has been reinterpreted in a new version after the composer's death in 1893 at the Opéra-Comique.

The purpose :  situated in ancient times on the island of Ceylon, the book tells how the vow of eternal friendship of two men is threatened by their love for the same woman , herself caught between her love for the fisherman Nadir and her vow as a priestess.

A glass of champagne will be offered in the “foyer” of the Opera de Lorraine during the intermission. You will enjoy an exceptional view of the Place Stanislas 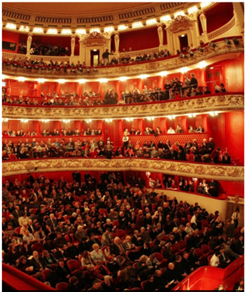 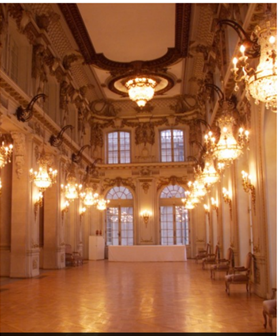 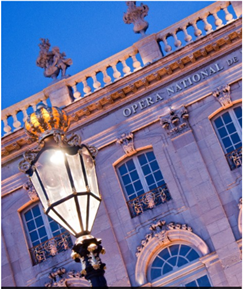 The tour includes especially the Place Stanislas and Place de la Carrière and measures the footprint of the last Duke of Lorraine over the city.

The charm of the Old City, medieval and Renaissance, is revealed through its architectural highlights of the history of Lorraine :  Ducal Palace, Mansions, Porte de la Craffe, Eglise Saint Epvre. . .

During your stay, you could choose your visiting date:  ticket valid for anytime during the symposium.

Discovery of Nancy by little train "THE CAPITAL OF THE DUKES OF LORRAINE" a tour in the historical center of the city.

Through the centuries you will be surprised by so many cultural treasures whose buildings witnesses: Porte de la Craffe (14th century), Ducal Palace (16th century), private mansions ... and a whole architectural ensemble of the 18th century put on the World Heritage List by UNESCO.

Highlight of your visit: Place Stanislas (entirely pedestrian) will reveal all its beauty and its richness: buildings, statues and gilded gates of Jean Lamour.

Nancy and its famous "Place Stanislas", fully restored in 2005, will seduce you...No hesitation…let aboard the tourist train ... 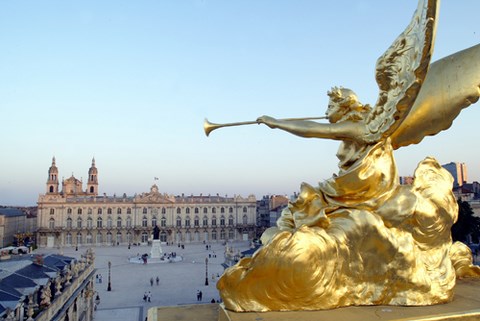 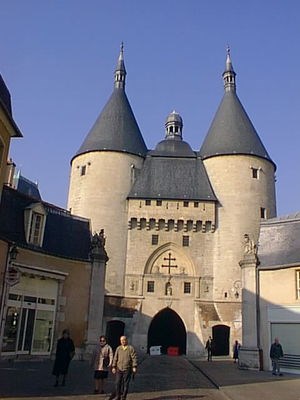 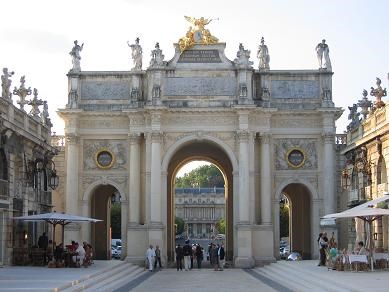 Entirely renovated, embellished and returned to pedestrians, the Place Stanislas is considered one of the most beautiful places in the world.

The works to beautify the square were completed in 2005, and an exceptional quality was achieved, particularly in the gorgeous pavers which are extremely close to the original.

The gates have been gilded, the buildings and their decorative elements have been finely restored; this spectacular 18th century architectural gem square has been returned to its former glory.

The facade above the main entrance is decorated with the coats of arms of both Stanislas and the town of Nancy.

The Town hall is the most important building of the place.

The entrance start at the foot of the stairs (ramp Jean Lamour), then continue in the square lounge with its superb mythological paintings , the dinner will be served in the reception room,  from the balconies of the room, you will admire the magnificent view of Place Stanislas. 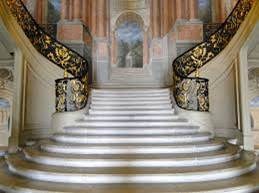 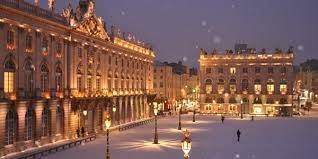 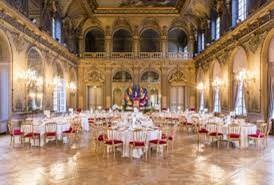