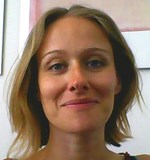 Ilaria Bonaduce is lecturer and permanent researcher at the Department of Chemistry of the University of Pisa. Her research focuses on the development of analytical methods and models for the characterisation of organic materials in works of art and the study of their ageing processes. www.dcci.unipi.it/scibec/
Dipartimento di Chimica e Chimica Industriale, Università di Pisa, Italy
ilaria.bonaduce@unipi.it

Kinetic modeling of pyrolysis reactions: from light gas to solids

Brian Horsfield is Full Professor of Organic Geochemistry and Hydrocarbon Systems at the Technical University of Berlin, Germany. He leads the research group Organic Geochemistry at the GFZ German Research Centre for Geosciences, Potsdam. He is director and Executive Chairman of the International Continental Scientific Drilling Program. He has more than thirty five years experience working with the petroleum industry. Brian is co-founder and CEO of GEOS4. He invented and developed the MSSV pyrolysis method. He has more than 200 publications. Brian was appointed to acatech, the German Academy of Science and Technology. www.gfz-potsdam.de/en/section/organic-geochemistry/
GFZ German Research Centre for Geosciences, Potsdam, Germany
brian.horsfield@gfz-potsdam.de

Some steps in the development of coke manufacture in Europe
​
Daniel Isler was graduated as Engineer in 1978 of the High School of Mines and Metallurgy (Nancy). He started working at Centre de Pyrolyse de Marienau (CPM) in Forbach in 1979 to carry out research work in the field of cokemaking. He was manager of a Research Group at CPM from 1984 to 1990 and particularly in charge of the construction, start-up and operation of the new pilot facilities of CPM. He is now deputy Director of CPM. In the course of the years Daniel Isler has been involved in various R&D projects: thermal control of coke oven battery, coke reactivity, coal blending and coal blend preparation, etc. He is a member of the European Cokemaking Committee since 1992. www.cpmarienau.com/
Centre de Pyrolyse de Marienau, Forbach, France
daniel.isler@cpmarienau.com

Biomass Pyrolysis Vapor as an Intermediate to Fuels and Chemicals

I am a Principal Scientist and Section Leader in the National Bioenergy Center at the National Renewable Energy Laboratory (NREL) in Golden, Colorado, USA. I have worked at NREL for over 26 years and have been involved in a variety of renewable energy processes include biomass gasification and pyrolysis. Our current focus is on the catalytic upgrading of biomass pyrolysis vapors into transportation fuels and chemical co-products. www.nrel.gov/biomass/
National Renewable Energy Laboratory, Golden, Colorado, USA
​mark.nimlos@nrel.gov

Supporting the industry in scaling up biomass fast pyrolysis technology by building on pioneering work
​
Solantausta is a Principal Investigator at VTT. He has a PhD from Aston University, UK. He has been developing alternative liquid fuels for more than 35 years. Much of his effort lately has involved development of fast pyrolysis of biomass.
www.vttresearch.com/services/bioeconomy/liquid-biofuels1/ 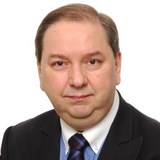 ​Dr. Jan VERSTRAETE is a Senior Researcher at IFP Energies nouvelles (IFPEN). He holds a Ph.D (1997) from the University of Ghent (Belgium), where he developed fundamental kinetic models for catalytic reforming under the supervision of Prof. dr. Gilbert Froment. He joined the IFPEN-Lyon in 1994, where he first worked on the modeling of various refining processes. From 1999 onwards, he was appointed R&D program manager for several applied research projects on various refining processes. He has also been deeply involved in basic research on feed composition modeling and reaction modeling, while leading a basic research project on Multi-Scale Modeling. www.ifpenergiesnouvelles.fr
IFPEN, Solaize, France
jan.verstraete@ifpen.fr 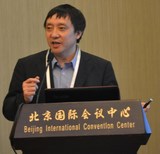 Keys to commercially successful coal pyrolysis for production of coal tar
​
Prof. Dr. Guangwen Xu, the director of Southwest Research & Design Institute of Chemical Industry, Adjunct Prof. of Institute of Process Engineering (IPE), Chinese Academy of Sciences (CAS). He had his college education in Tsinghua University and got his doctoral degree from IPE of CAS. He has worked in Japan and Germany for more than 10 years, published more than 200 journal papers and applied more than 90 patents. http://english.ipe.cas.cn/

Toshiaki Yoshioka is Dean, Professor at Graduate School of Environmental Studies, Tohoku University. His scientific background is chemical engineering and industry related environmental issues. His researches have been focused on development of recycling processing of waste materials and waste water treatment. He was guest professor at Hamburg University (2001). He has won some awards, such as "Honda Award (2007)" on recycling technology development, and "Commendation for MEXT in the science and technology"(2013). www.che.tohoku.ac.jp/~env/gaiyou-e.htm
​
Tohoku University, Sendai, Japan
​yoshioka@env.che.tohoku.ac.jp
Close window